Five Wartsila generators recently had to be transported from Moengo to Surgold. This was a complex procedure where extensive support was necessary.

Clear division of tasks
Each company had a different assignment. Daco was responsible for the technical implementation of the project. Kuldipsingh, the main contractor, co-ordinated the entire project.

A real challange
Daco used two Prime Movers and a Goldhofer 12 line axle hydraulic trailer to transport the generators over the hilly Patamacca Road from Moengo to Surgold. This road is a challenge for even an ordinary trailer, let alone for five Wartsila generators weighing 140 tons each! This was an exceptional challenge for both Daco and Kuldipsingh.

Inch by inch
After arriving, each 140 ton Wartsila generator was slowly (inch by inch!) and carefully placed and positioned on the foundation by a special Jack and Sliding system.

Kuldipsingh Equipment NV co-ordinated the project, provided assistance and ensured that the entire transport was conducted safely and in accordance with all required regulations. To do this, the company did the following:

Proud
Kuldipsingh Equipment NV is proud to be the first company in Suriname to co-ordinate such a large transportation project together with Daco Heavy Lift. The co-operation, co-ordination and implementation were successful! 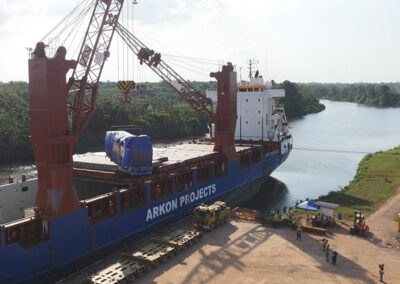 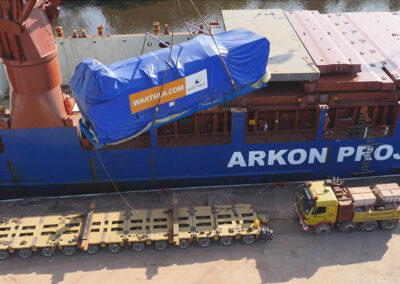 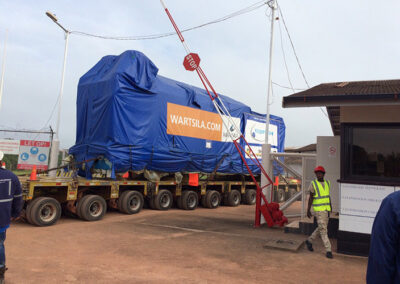 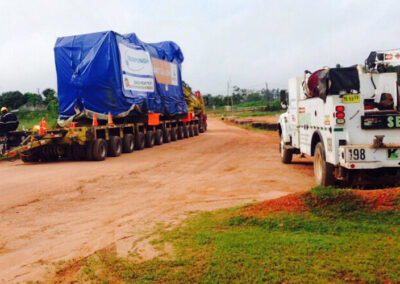 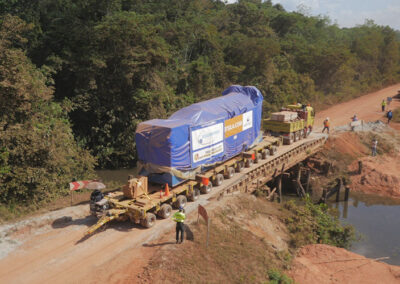 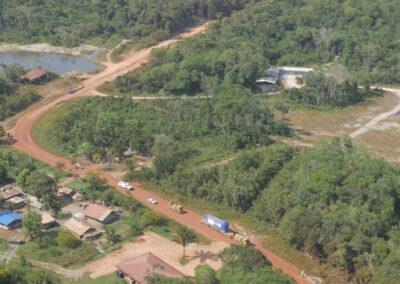 This website uses cookies to improve your experience while you navigate through the website. Out of these, the cookies that are categorized as necessary are stored on your browser as they are essential for the working of basic functionalities of the website. We also use third-party cookies that help us analyze and understand how you use this website. These cookies will be stored in your browser only with your consent. You also have the option to opt-out of these cookies. But opting out of some of these cookies may affect your browsing experience.
Necessary Always Enabled
Necessary cookies are absolutely essential for the website to function properly. This category only includes cookies that ensures basic functionalities and security features of the website. These cookies do not store any personal information.
Non-necessary
Any cookies that may not be particularly necessary for the website to function and is used specifically to collect user personal data via analytics, ads, other embedded contents are termed as non-necessary cookies. It is mandatory to procure user consent prior to running these cookies on your website.
SAVE & ACCEPT

Do you have questions about a particular product?
Mail us at info@kuldipsingh.net